The term “metaverse” refers to a virtual space that allows its users to engage in a variety of activities. This could mean everything from a massive virtual reality multiplayer game to a seamless integration of physical and digital spaces. It might also refer to digital glasses or smartphones that allow users to access location-specific immersive digital content. If this concept becomes reality, it could change the way people interact with each other and change the way we socialize.

Metaverse is a virtual world

The term “metaverse” was coined by Neal Stephenson in his 1992 novel, Snow Crash. It refers to a virtual space in which people can interact. They use VR headsets or augmented reality goggles to enter the virtual space. In the future, this space could even become a living room. People could take classes and talk to their classmates in this world. However, a few major infrastructure requirements will need to be met before metaverse can be a reality. 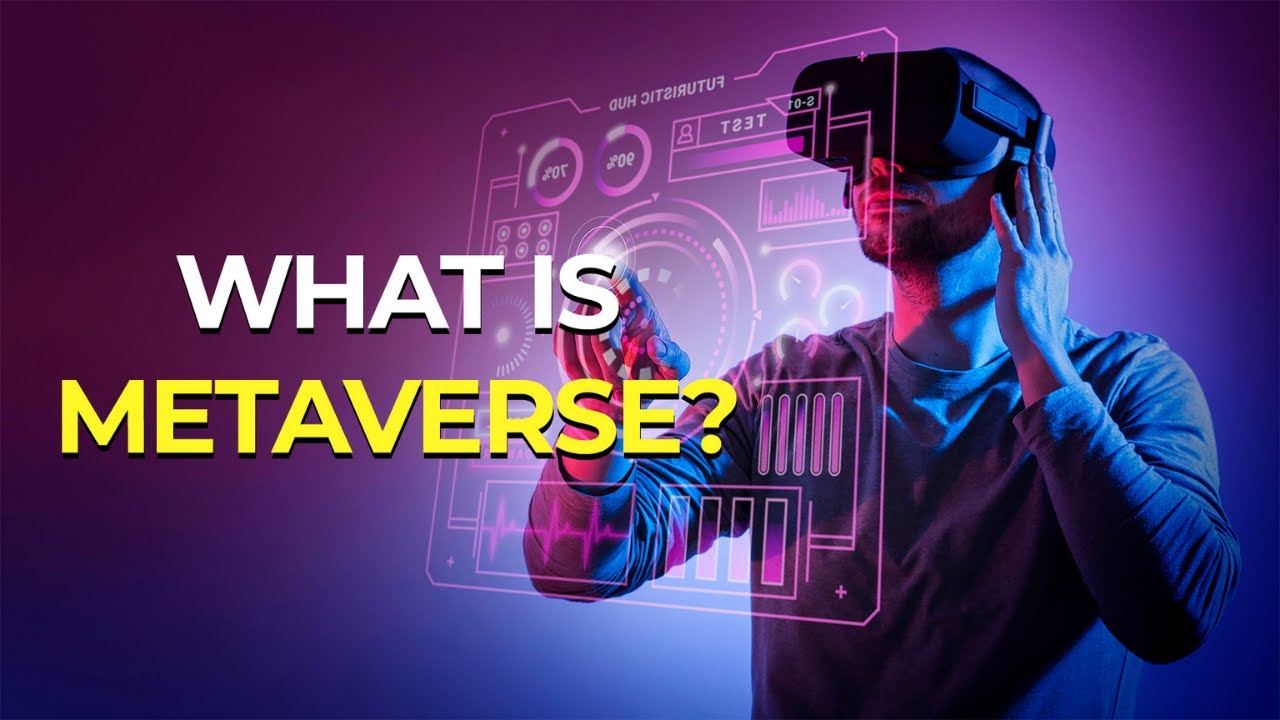 One of the biggest hurdles for a metaverse is its technology. To be successful, metaverses must have the same convenience as mobile internet. The science fiction appeal of metaverses may be apparent, but it may be more nefarious than it seems. After all, most metaverses are imagined as a dystopian place in which people escape their lives. The challenge lies in developing technology that is as easy to use and as portable as a smartphone.

The technology behind the Metaverse is complex. It requires high data transfer speeds and interoperability. To overcome these issues, innovators will have to come up with new technologies that will improve data transfer speeds. A basic metaverse infrastructure is necessary, which includes network service providers, programming solutions, and the virtual world. Finally, high-performance computing infrastructure is needed to support the metaverse software. For instance, the SpaceX Starlink has the ability to offer users superfast internet connections.

Several big players in the metaverse space are already getting involved. Roblox, for example, describes its metaverse as a place where people can study, work, and play. The trend has also attracted consumer brands. For example, Gucci teamed up with Roblox in June to sell digital-only accessories. Meanwhile, Coca-Cola and Clinique are also selling digital-only tokens to get their products into the metaverse.

Microsoft CEO Satya Nadella also highlighted the Metaverse domain when he presented HoloLens 2 and Microsoft Mesh. These products will make it possible for users to collaborate and communicate with each other wherever they are. Zuckerberg also said that Facebook will change its name to meta and that the company will focus on creating a metaverse. The future of the virtual world is bright for both the companies and consumers.

It will create embodied experiences

The metaverse is a virtual world that lets people interact with other people from all over the world, communicate with them, see them, and sense their physical Presence. Not only will this technology enhance the quality of life for users, but it will also require people to create and maintain the environment. That’s when jobs in the virtual world will become very attractive. In fact, it is likely that the metaverse will create a new work environment, allowing people to mix reality with virtual reality.

Stephenson’s fictional metaverse isn’t all that far away from current developments in the world of virtual reality. Companies like Facebook have already created virtual avatar goggles, which allow users to browse virtual storefronts. The metaverse will give creators the chance to create embodied experiences that are not only fun, but also highly effective. This innovation has the potential to create a new generation of jobs and unlock a huge creative economy.

The company behind Fortnite is investing heavily in the development of Metaverse. They are developing interconnected social experiences and may eventually unite their services under one umbrella called the Metaverse. While Sony has not announced plans to create their own Metaverse, they have partnered with the Manchester City soccer club to build a virtual stadium. They are a great example of companies who are pursuing embodied experiences. These companies will likely have a lot to gain from the Metaverse.

The metaverse will be a social space where people interact with other users using personalized avatars. This technology will make it feel more like real life than feed-based social networks. Moreover, this metaverse is a synchronous environment, meaning users will meet each other in real time, which means a more immersive experience for users. In addition, the metaverse will be interoperable and accessible on a variety of devices.

While this is the future, it is still a future that can be shaped by people. Already, the gaming industry has benefited most from the Metaverse. Its virtual experiences are so immersive that they have become an almost-self-sustaining industry, and virtual interaction is also spawning a gamer and creator economy. In fact, Microsoft, Google, and Apple have all developed their own versions of the Metaverse.

It will interoperate with other platforms

Apple is a huge company, but that doesn’t mean it’s the only big tech company that’s interested in building its own Metaverse. The company’s recent acquisition of Metaverse maker Unreal Engine gives it a large and valuable platform. Apple is also more likely to dominate the metaverse market in Western regions. The company has hundreds of millions of federated user identities, is the second-largest cloud vendor in the world, and already has a massive suite of work-related software. As well, Microsoft has obvious technical expertise in massively shared online content. Minecraft, Xbox + Live, and HoloLens are all potential gateway experiences for this platform. Microsoft’s acquisition of Metaverse gives them a chance to recapture their leadership in the OS/hardware space, and Satya Nadella understands that it needs to be

While it’s too early to determine how much of a platform is worth, Fortnite is a powerful example of how interoperable video games are. The game has become incredibly popular, so it’s likely that its counterparts will want to integrate with it. While Epic doesn’t have any plans to build its own Metaverse, it’s clear that the company’s investment in Fortnite has a lot of potential.

One of the biggest questions surrounding the future of the metaverse is how the infrastructure will work. It’s critical that all stakeholders work together to build an open metaverse that will bring people together, provide new opportunities for play and work, and help them make new connections. However, this may take some time. Ultimately, it’s likely to be a large success if all potential stakeholders work together. And it’s important to remember that the future of the metaverse is still far away, and many challenges still remain to be solved.

When the lower layers develop, the true metaverse will emerge. This parallel virtual space is the product of a combination of the top two technologies: blockchain and swarm-like algorithms. These platforms are built on interoperability, which is what drives the modern day internet. Any website can be loaded and linked to another, creating a globally interconnected system. However, interoperability can be problematic if the metaverse is not compatible with other platforms.

It will change social connections by creating a sense of presence

Zuckerberg has said that he plans to hire 10 000 employees in Europe to help develop the Metaverse. He is talking about highly skilled engineers. Facebook is actively investing in the production of VR equipment and has released smart glasses with Ray-Ban lenses that allow users to make phone calls and upload content to social networks. The Metaverse concept is very simple: you meet people from all over the world in a virtual “meeting room” where you can see them, speak to them, and even hear their voice.

The metaverse is an interconnected network of 3-D virtual worlds in which people interact, do business, and form social connections. Think of it as the virtual reality equivalent of today’s internet. This is the ultimate goal of social technology, and this new system may well fulfill that dream. In fact, many people have already jumped into the metaverse and are loving it. So what is it?

The Metaverse has been promised by Mark Zuckerberg as a way to bring digital media into the real world. The Metaverse’s primary benefit is its ability to create a sense of physical engagement. Services like Facebook Horizon and Spatial are already demonstrating how this can work in practice. Having a virtual table at a conference will be much more natural than zoom thumbnails. The benefits of the Metaverse extend far beyond how it improves social connections.

The first major step to creating a metaverse will be the creation of shared virtual worlds. According to Petit, the Metaverse will create a sense of presence by creating a sense of presence. In addition, people will have to be persistent and have the ability to move digital belongings from one virtual universe to another. The future of the Metaverse is in the hands of the people. The goal is to bring people closer together through shared experiences.

While Facebook is currently selling the Metaverse as a way to connect people, it will most likely connect Facebook users. However, this vision isn’t inevitable; it will depend on how the users engage with the Metaverse. The first steps of building a metaverse are crucial. A strong user engagement is required for Facebook to make the concept a reality. Ultimately, Zuckerberg and Facebook intend to change the way we connect with others.